About Museum of Spiš Territory

Museum of Spiš teritory in Spišská Nová Ves resides in historical building former medieval Town Hall since 1954. The most interesting architectonic town monument is situated on the north side of the longest square of lenticular shape in Europe - in opposite of parish church with the highest Tower in Slovakia. Today's look obtained this building after re-building in 1765. Facade is decorated by rococo stucco decoration of six cartouches which presents assumed natures of mayors.

In 1777 the Province of XVI Spiš towns bought town hall for its purposes. From there becomes the name Provincial House. After fall of the Province, the House was given for hire and after it the House was bought from Spiš Župa. In year 1894 it was bought by Sporiteľňa (Savings Bank) of XVI Spiš towns. According with decision of Town Council (Rada ONV v Spišskej Novej Vsi) the Museum arose on May 7th, 1951 and museum expositions are there from 1955. 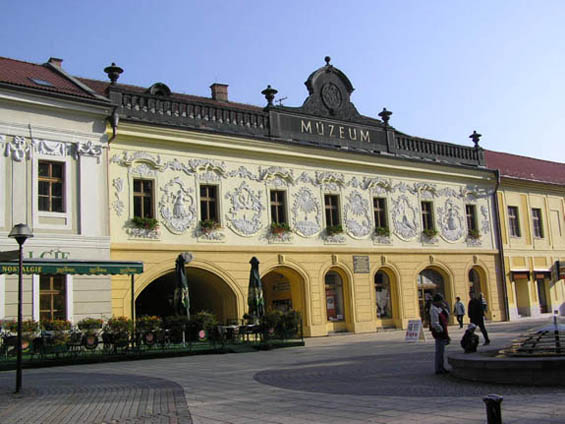 A name of the Museum was changed during its existence: 1951 - Regional Homeland Museum, 1955 - Homeland Natural Museum, 1971 - Homeland Museum of Spiš with Gallery, 1984 - Homeland Natural Museum, 1996 - Spiš Museum in Spišská Nová Ves, 1997 - Museum of the Spiš Region, Also expositions were changed during existence of the Museum. Contemporary Exposition of Nature and History of the Region Spiš was installed in 1992. It provides to visitor characteristics of geographic, geological, paleontological, botanic and zoological orographic units: Slovenský raj National Park, Spišskogemerské rudohorie Ore Mountains, Hornádska kotlina Valley and Levočské vrchy Mountains, whereby particularities, curiosities and unique of the nature presented territory are in every part. History of the Region is presented through exhibits of collection funds from archaeology, mining activities and crafts.

Branches of the Museum

Exposition of nature and history of the Spiš is presented in Museum of the Spiš Region in Spišská Nová Ves. 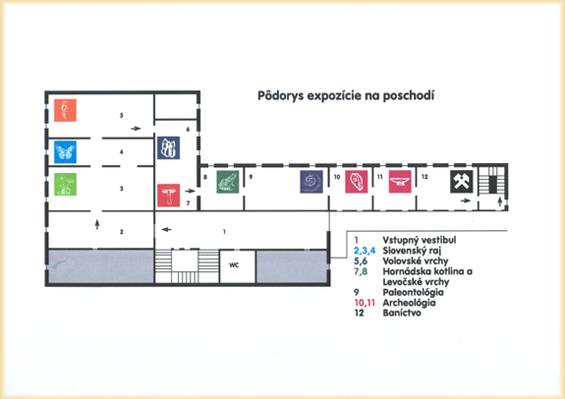